Engaging agents in a virtual world While it sometimes feels like there are more education conferences than days in the year, none focus on the business of being an education agent. Until now, with SYMPLED 2017 in September.

For the 170+ agents who attended, the Symposium on Leading Education Recruitment at Sydney Town Hall was also a chance to have their voice heard, away from provider-focused discussions.

As Brett Galt-Smith of the Department of Education and Training emphasised, education agents play a vital role in bringing international students to our shores. In June 2017, more than 500,000 international students were in Australia – an increase of 14% on the previous year. It’s our most important service export, contributing almost A$22.5 billion to the Australian economy in 2016 and supporting over 130,000 jobs.

But agents are under increasing pressure. Some of the issues raised at SYMPLED include the new compulsory reporting regulations and global uncertainty over changes to migration policies – with some GTE decisions seen as subjective. Trust and communication between agents, providers and government is more important than ever.

So, it’s encouraging to see Australia’s education agents work together, rather than compete for business. One initiative we can expect to emerge from this event is Australia’s first association of Australia-based recruitment agents, with a working group formed during the symposium. This body could play an important role in building the professional recognition of agents within the education sector through training and development, and advocating on their behalf.

Trust and communication between agents, providers and government is more important than ever.

Australia continues to lead the world in the use of agents – and the regulation of their activities. As a crucial channel for quality students, good agents know how to work in positive partnership with institutions.

Although some agents have expressed concern about the new performance reporting, the DET aims to provide greater transparency. It also promotes the vast majority of education agents who provide a great service for prospective international students and the partner institutions they represent – including this good news at SYMPLED: 80% of students are completing their chosen course of study.

Collecting this data is important, because it allows agents to make decisions about the commitment and ambitions of the students they are placing – and it ensures providers also take responsibility for student outcomes.

Student satisfaction is a growing concern

Chris Evason of PIER Online presented the latest survey results of its agent learning community of more than 50,000 counsellors. Worryingly for our institutions, agents are most concerned about student dissatisfaction with providers – along with ‘poaching’ of students once they have arrived in Australia.

PIER estimates there are 7,900 agencies globally, employing 40,000 people, and says post-study work rights are having a significant impact on the choice of study destination.

As an exhibitor, I welcomed the chance to discuss these concerns in person with agents. Our platform, Studylink Connect, is now used by a third of Australian higher education institutions for international admissions – and it can streamline agent workflow and make their business more efficient. But it can also empower agents with the information they need to stay ahead of performance reporting – and make smarter decisions about potential student outcomes.

For education providers, access to this level of data can also ensure they choose to work with agents who will deliver on their promise of integrity – rather than volume – so they can avoid the risks of GTE ratings downgrades and build long-term, mutually-rewarding relationships based on trust.

StudyLink has also recently made its constantly updated course data available for counsellors to use in their website or intranet, to guide program selection.

I’d like to thank Robert Parsonson at Edex for taking the initiative with this event – we’re looking forward to keeping the conversation flowing.

Learn how StudyLink Connect can convert more quality applications to your institution, submit an enquiry to talk to our Sales team.

The power of student recruitment and admissions systems working together

The value to the sector of student recruitment systems automation 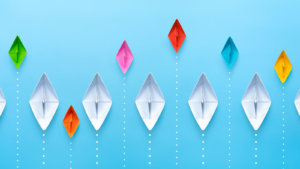 We're driven by your success

Find out how StudyLink can help increase conversion rates for your institution.